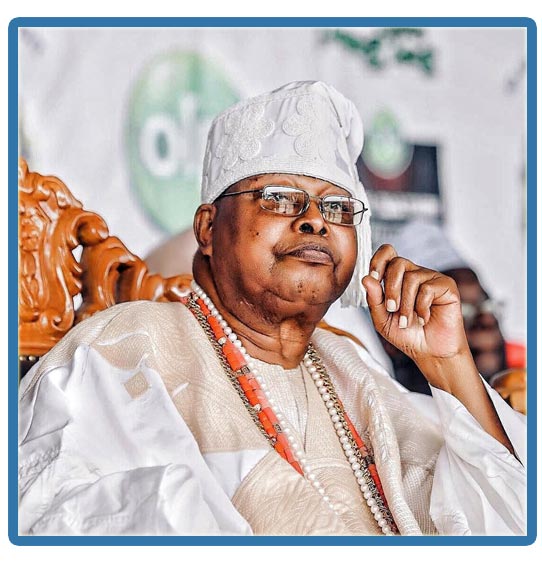 Oba Sikiru Kayode Adetona (born 10 May 1934) is the Awujale of the Ijebu Kingdom, a traditional state in Nigeria. He was installed as the king in 1960, making him one of the longest reigning monarchs in Nigeria. His father was Prince Rufai Adetona and mother, Alhaja Ajibabi Adetona (née Onashile). As king, he represents the Anikilaya ruling family.

Young Prince Adetona, variously attended Baptist School, Ereko, Ijebu Ode; Ogbere United Primary School, Oke Agbo, Ijebu Igbo; and Ansar-Ud-Deen School, Ijebu Ode between 1943 and 1950. For his secondary education, he attended Olu-Iwa (now Adeola Odutola) College, Ijebu Ode from 1951 to 1956. Between 1957 and 1958 he took up an appointment with the then Audit Department of the Western Region, Ibadan. The prince resigned his appointment in 1958 to pursue further studies in accountancy in the United Kingdom, which was the colonial ruler of Nigeria at the time.

By a letter dated January 4, 1960, referenced CB. 4 1/333, the Permanent Secretary in the Western Region Ministry of Local Government conveyed to the Local Government Adviser in Ijebu Ode approval of the Western Region Governor in Council, the appointment of Prince Sikiru Kayode Adetona as king, and his confirmation as the new Awujale of Ijebuland with effect from that date (January 4, 1960). It became the lot of Ijebu notables like the late Ogbeni-Oja, Chief (Dr.) Timothy Adeola Odutola, Bobasuwa I, Chief Emmanuel Okusanya Okunowo (MBE, KFNM); and Asiwaju, Chief Samuel Olatubosun Shonibare to arrange for the home-coming of the King-elect. On January 18, 1960, the Head of the Ijebu Ode Regency Council, the Ogbeni-Oja, Chief Timothy Adeola Odutola formally presented the new traditional ruler to the whole world. This presentation, which was a novelty, signaled the commencement of the installation ceremonies of the king-elect. It was indeed, a new dawn in the annals of Ijebu people. The king-elect thereafter proceeded to undergo the traditional seclusion at the Odo for three months.

Oba Sikiru Kayode Adetona, who had earlier been nominated along with five others by the ODIS was unanimously selected by the kingmakers in conformity with Section 11 of the Chiefs Law of 1957 applicable in Western Region. The then Governor signed the Instrument of Office approving Prince Sikiru Kayode Adetona as Awujale of Ijebuland. The formal coronation took place on Saturday, April 2, 1960.

On Tuesday, April 5, 1960 newly crowned Oba Adetona, took his seat as a member of the Western Region House of Chiefs, after a formal introduction. Oba Sikiru Kayode Adetona was a charismatic Prince, and some Obas and Chiefs nominated him for the presidency of the House of Chiefs. Albeit, an older and traditionally more senior Oba, late Sir Adesoji Aderemi, Ooni of Ife was subsequently elected the President. The thought here was that early as a monarch, the twenty-six-year-old Awujale was a fit and proper king for the exalted position. No doubt, this consideration was an admission of the uniqueness of the Awujale of Ijebuland.